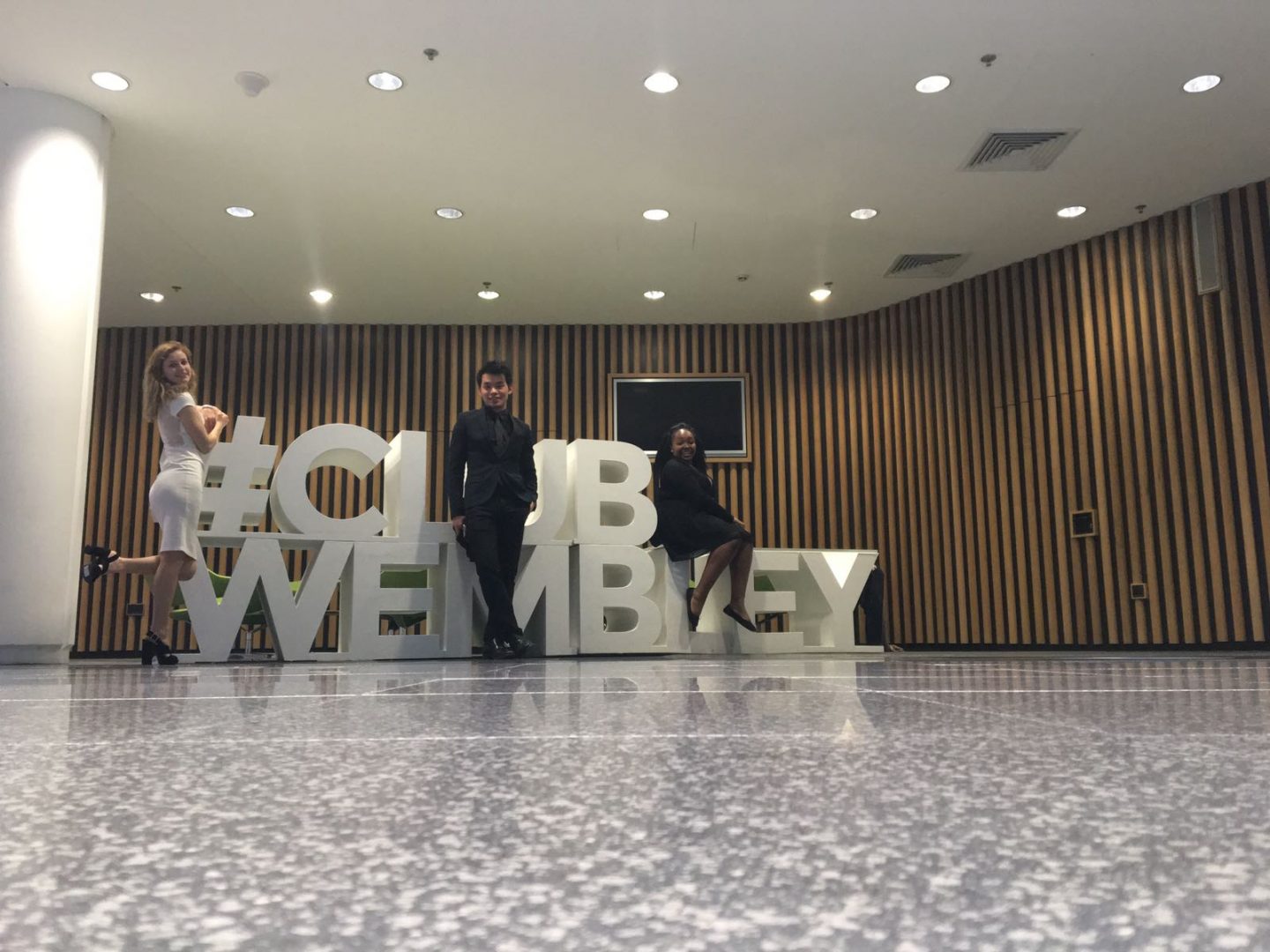 THE ART OF NETWORKING | #WLBA2017
On February 2nd I was lucky enough to have the opportunity to attend the West London Business Awards 2017 in Wembley Stadium. The West London Business Awards is an awards ceremony that celebrates the achievements and growth of businesses based in West London.
I was given an invitation to attend the West London Business Awards by the Director of Corporate Relations at my University and I jumped at the chance to go. Main reason being, opportunities like these are not flying around all the time and as a budding entrepreneur, being able to rub shoulders with business people from different industries excites me. I was asked if I would like to bring along someone from the Entrepreneurs Society, so I asked Hannah the Web Officer if she wanted to come along.
Upon entry we were greeted with glass of prosecco and were given the opportunity to have a look at Wembley Stadium’s football pitch. We started by finding the Deputy Vice Chancellor, Bill Leahy and the Alumni Director of Development, Clive Gee to say hello and let them know that we have arrived. We then headed straight to the pitch to take photos! 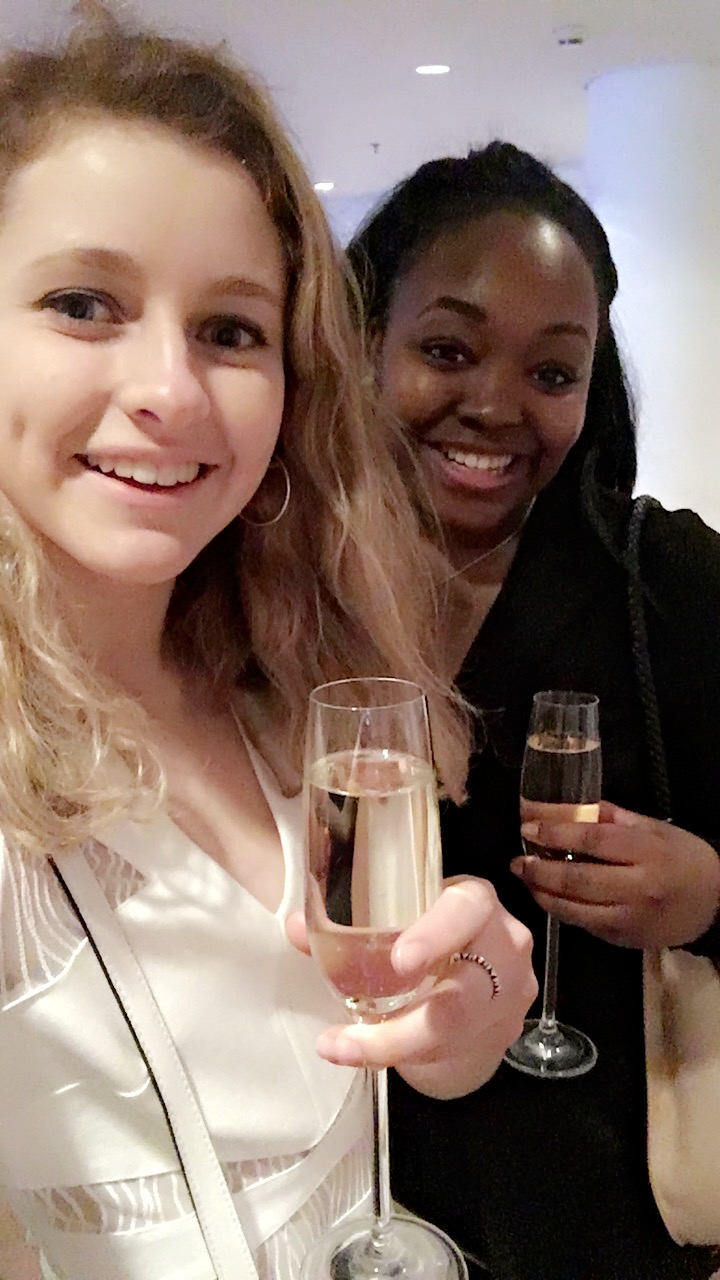 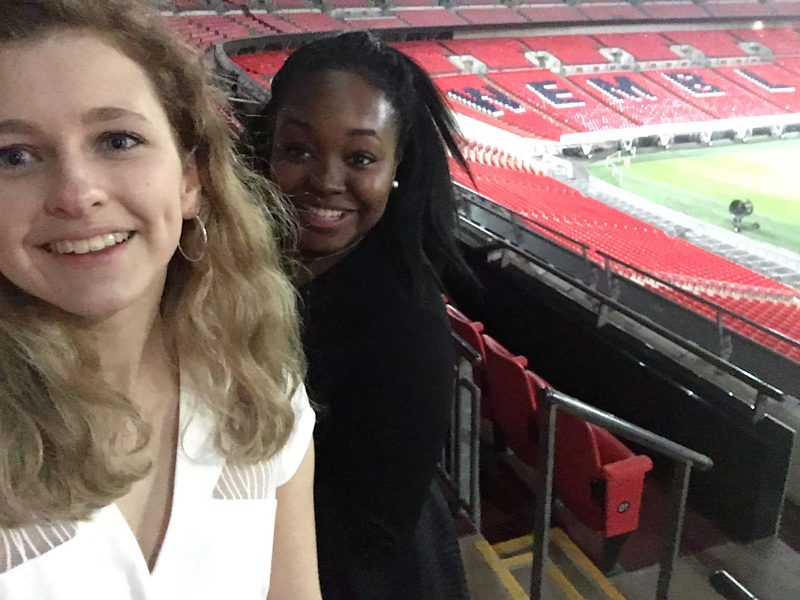 In true student fashion, we made sure to take selfies and put the stadium and event on our Snapchat stories. We thought that as well as building contacts for ourselves, it was really important that we build contacts and connections for the Entrepreneurs Society, so that going into the next year
We were sat down to an incredible 3-course meal, which was so good – you can definitely tell they invested in the food LOL. The service was also really good as well, everyone served with a smile and was really nice. On our table there was Deputy Vice Chancellor Bill Leahy, Alice from the Central Research Laboratory and other business people. It was great having a chat over the meal and learning about how people have grown their businesses and the paths that have taken to where they are. 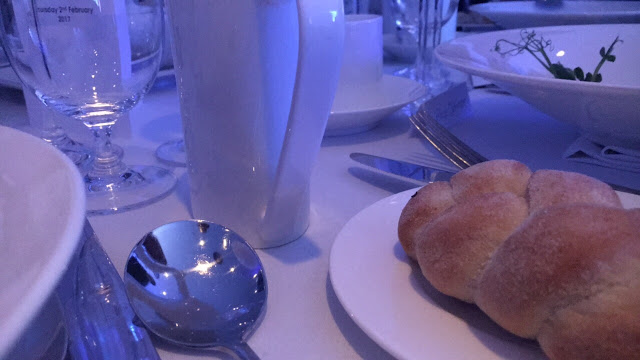 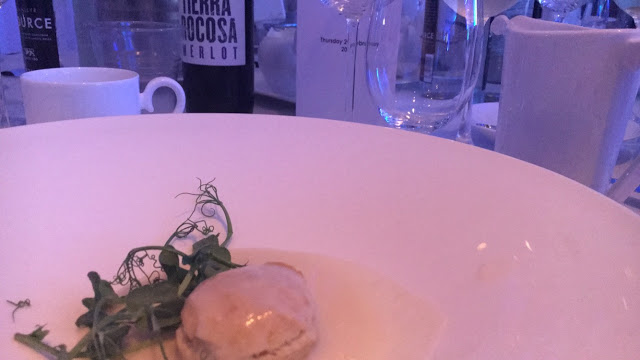 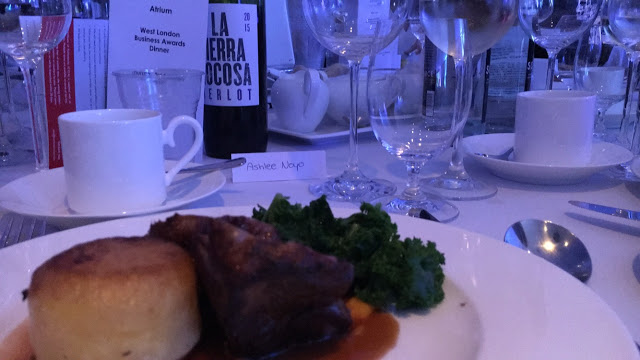 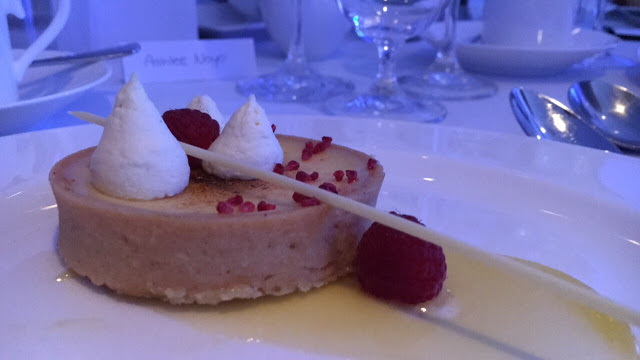 This years awards was hosted by Konnie Huqq (yes, Konnie from Blue Peter), who is just as funny as she was when I was 6/7 years old LOL. It was nice being at an event that celebrate the success of so many different businesses in West London. There was also an award for young people that were doing an Apprenticeship which I thought was great. Some of the businesses I had never heard of before, but it was nice to learn about them and what they do. There was one in particular that I was really interested in called A Slice Of Nice. A Slice Of Nice is a company that educated young people through cake art, as well as making bespoke cakes for different occasions. 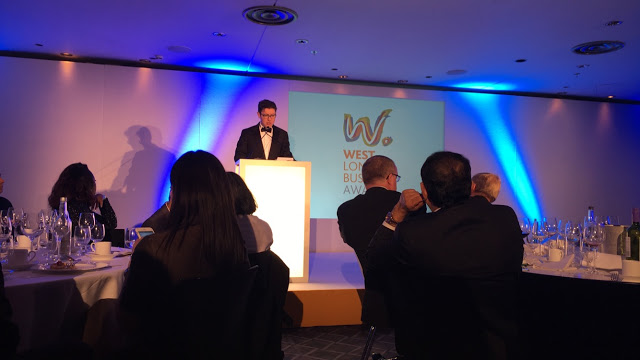 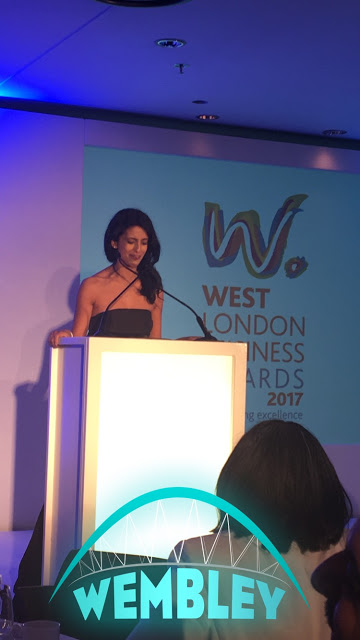 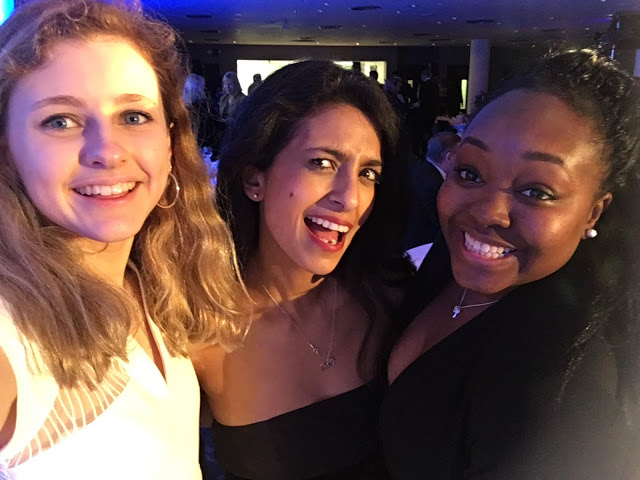 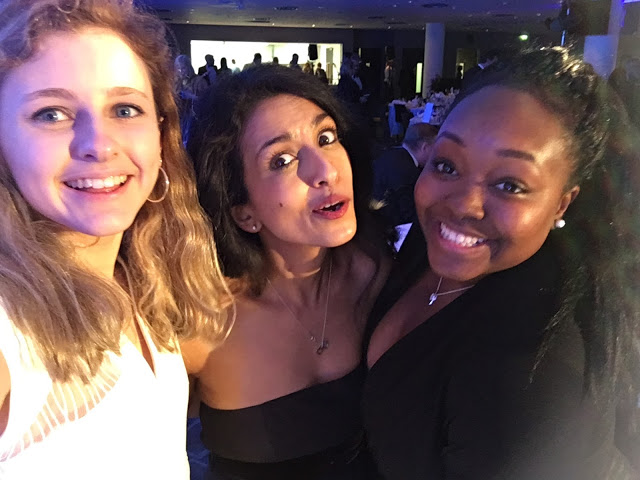 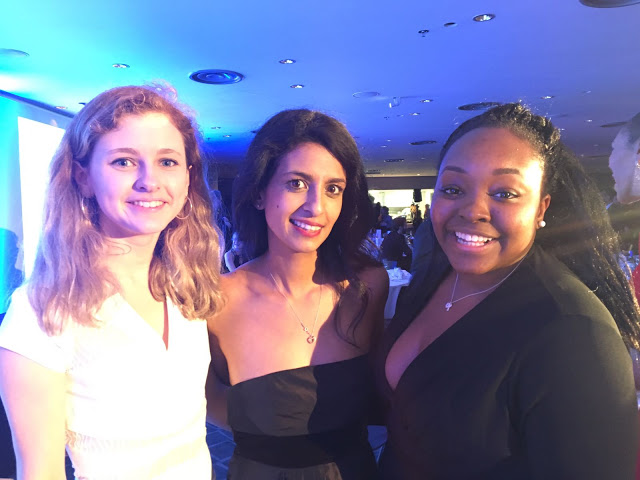 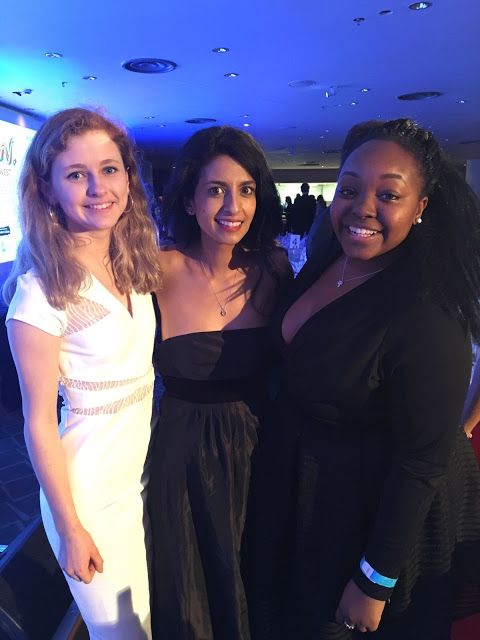 To end the evening, they had a disco and photobooth. It was nice seeing all the suited and booted business people letting loose and having a good time. At one point there was even a conga line LOL. We obviously hit the photobooth and we got a complimentary photo to take home, we also did the obvious “toilet selfie” and took photos with the FA cup. 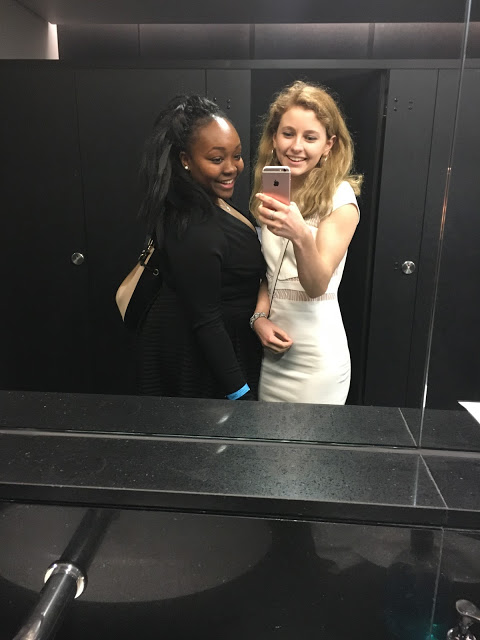 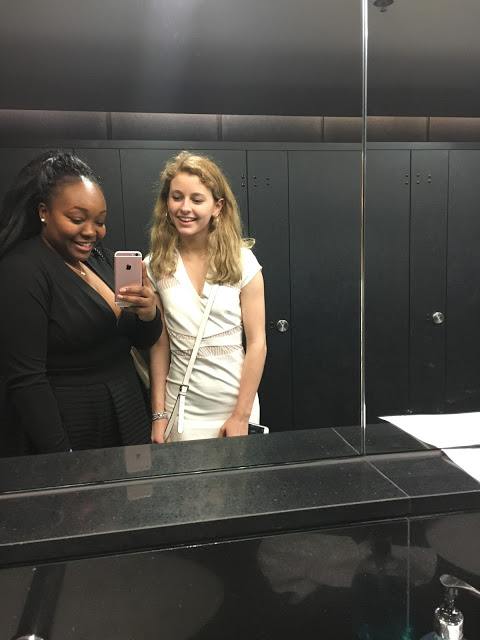 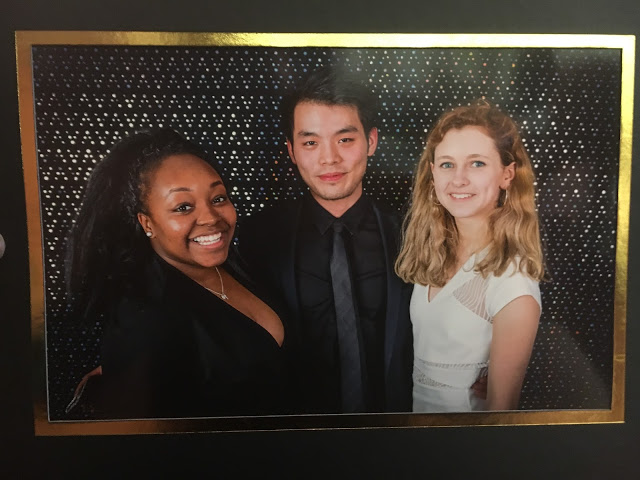 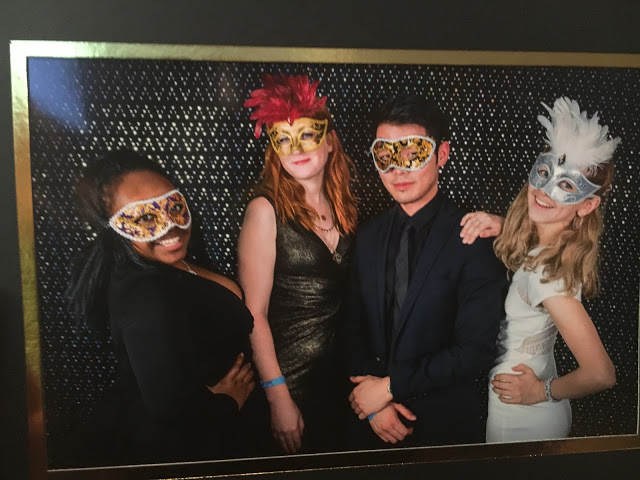 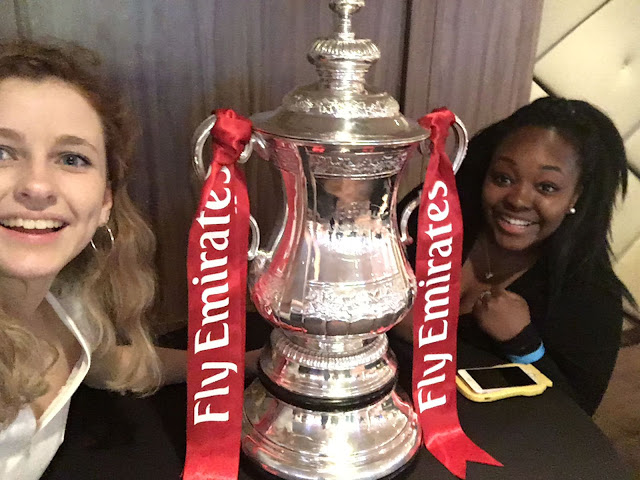 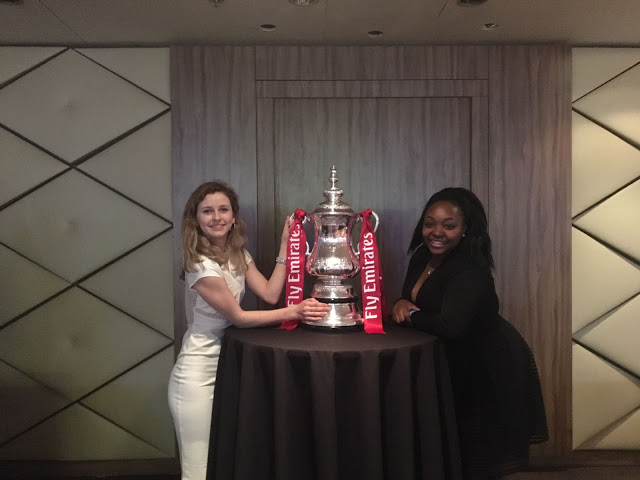 I made sure to collect business cards of those that I want to connect with in the future. Networking is definitely a challenge sometimes, but I found that I just have to go for gold, know who you want to talk to, why you want to talk to them and then have a go for it.